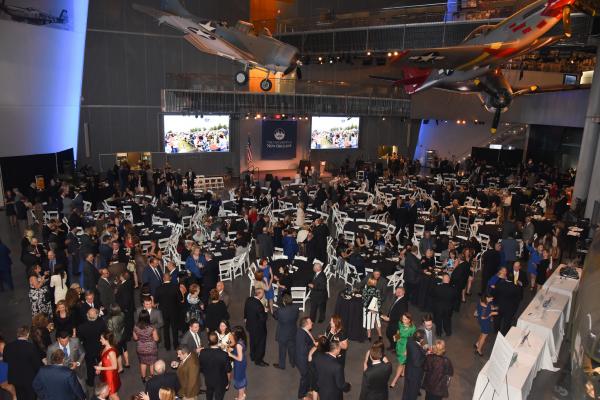 The University of New Orleans will honor distinguished alumni from its four academic colleges and interdisciplinary studies at its annual Distinguished Alumni Gala.

Here are the honorees: College of Sciences: Lute Maleki. Maleki, who earned his Ph.D. in physics from UNO in 1975, currenty serves as senior distinguished engineer and executive in charge of LiDAR Development for Cruise Automation, the self-driving unit of General Motors. Previously he founded and served as president and CEO of OEwaves, Inc., an internationally known leader in advanced products based on proprietary photonic technologies. He worked as a scientist at the Jet Propulsion Laboratory (JPL) in Pasadena, Calif., where he created and grew the Quantum Sciences and Technologies Group and served as its supervisor for more than 23 years. College of Engineering: Jules Schneider. Schneider earned a bachelor's degree in mechanical engineering from UNO in 1984. He has 34 years of experience in aerospace production, operations and engineering. Schneider has spent 33 years with Lockheed Martin Space Systems Company. In his current position there, Schneider is director of assembly, test and launch operations, making him responsible for all of the final assembly, integration and testing of the Orion Spacecraft at the Kennedy Space Center. He has been working on the Orion program since award of the contract to Lockheed Martin in 2006. College of Business Administration: Phillip May. May is the president and chief executive officer of Entergy Louisiana, LLC, which serves more than one million electric customers in the state. He is responsible for the company’s electric transmission and distribution systems, customer service, regulatory and public affairs, economic development programs and charitable contributions, as well as its financial performance. He earned a master's degree in business administration from the University of New Orleans in 1992. College of Liberal Arts, Education and Human Development: Angie Gates. Gates earned a bachelor’s degree in communications and a master's degree in arts administration from UNO. She is the director of the Office of Cable Television, Film, Music and Entertainment for the District of Columbia and interim director of the Commission on the Arts and Humanities. She is a board member of the New Orleans Theatre Association and Negro League Hall of Fame. Gates currently serves as a governor of the Recording Academy, Washington, D.C. chapter (The Grammys). Proceeds from the Distinguished Alumni Gala will increase funding for student scholarships and support the UNO Alumni Association’s programming to ensure student success and alumni engagement. To purchase tickets to the gala, click here.