In Memoriam: Fritz Dohse, Founding Dean of the College of Engineering 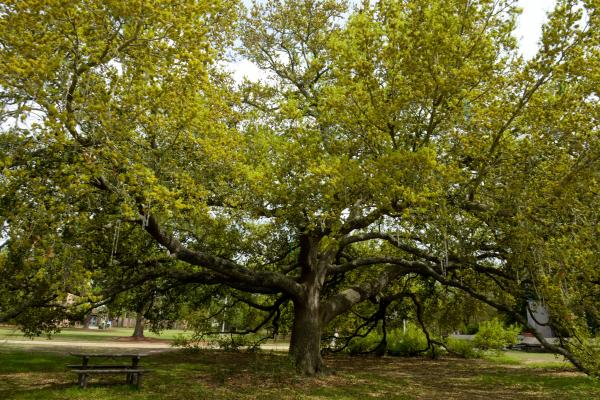 The University of New Orleans remembers Fritz Dohse, founding dean of the College of Engineering.

Fritz Dohse, the founding dean of the University of New Orleans College of Engineering, passed away at his home near Freiburg, Germany on August 12 at the age of 93. Dohse came to the University when it was known as Louisiana State University in New Orleans in the spring of 1960. When he arrived, the campus was primarily composed of buildings inherited from the old naval air base. He was one of two instructors responsible for teaching courses in the engineering technology curriculum. From this humble beginning, Dohse worked tirelessly for the next 24 years to build the University’s College of Engineering.

Dohse was born in Göttingen, Germany on Feb 2, 1925. He grew up during difficult times experiencing Nazi rule and the war. Shortly after being drafted into the German Army in 1943, he caught typhoid fever and later developed tuberculosis. In 1945 he was a prisoner in the Russian-occupied sector of Germany, but managed to escape to the West. He survived the next few years despite chronic food shortages and severe poverty.

In 1950, through the generosity of an American friend, Waldo Dunnington, Dohse was given the opportunity to study in the United States. He initially enrolled in Northwestern State University but later transferred to LSU. After completing his master’s degree, he accepted a teaching position at the Baton Rouge campus, and was among the first faculty to teach on the New Orleans campus. Realizing that his career was going to require further education, he took time off and entered a doctoral program at the University of Illinois.

During those years, he taught courses while working on his doctorate. In 1961, he received a fellowship enabling him to focus on completing his Ph.D. and, by the following year, he had earned his degree.  Returning to New Orleans, he helped design the bachelor’s degree program in engineering sciences, which the school implemented in 1965. The program was administered through the Department of Engineering Sciences within the College of Sciences; in 1971, a master of science was offered. The department was elevated to a School of Engineering in 1973 and, in 1980, the school became a fully accredited College of Engineering with three different degree options serving 600 students. In 1981, a new program in naval architecture and marine engineering joined the mechanical, electrical and civil engineering degree programs in the College of Engineering.

Dohse also focused his efforts on building strong relationships with various regional constituencies. He worked with local businesses to ensure that the program remained relevant to their needs, and he helped develop cooperative agreements with minority-serving colleges of the region to build educational pathways so that more students could earn engineering degrees. His final achievement was to help secure the funds for the engineering building that still stands prominently on the campus.

During his dedication address for the new building in 1987, he enthusiastically stated, “I proudly join you in wishing this building well, together with the faculty, staff and students bringing it to life. May they be blessed with success.”

Dohse is survived by his wife, Helga Dohse, his three sons and their wives: Till and Michele Dohse, Hans and Monika Dohse, and Dirk and Renate Dohse; and six grandchildren: Sonja, Katja, Stefan, Lukas, Nils and Mirko.

In lieu of flowers, the family asks for donations to the “Founding Dean’s Award Endowment,” a scholarship that supports African-American students pursuing engineering.