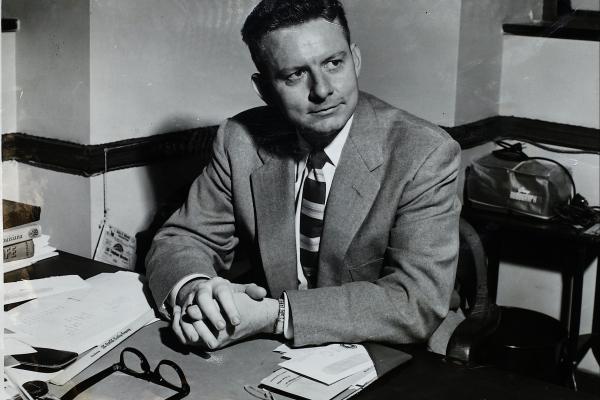 The University of New Orleans honors the memory of its founding chancellor with another installment of the Homer L. Hitt Presidential Distinguished Lecture.

The University of New Orleans honors the memory of its founding chancellor with another installment of the Homer L. Hitt Presidential Distinguished Lecture. The event is set for Tuesday, Oct. 30 at 7 p.m. at the University Center and features the recipient of the 2012 BMI Woody Guthrie Fellowship, Mark F. Fernandez.

Fernandez earned two degrees in history from the University of New Orleans before being named the Patricia Carlin O'Keefe Distinguished Professor of History at Loyola University of New Orleans. He has written extensively about the history of early American law. His second book, “From Chaos to Continuity: The Evolution of Louisiana's Judicial System, 1712-1862”, won the Louisiana Literary Award in 2002. In 2012 Fernandez received the Woody Guthrie Fellowship from BMI music publishers to begin research on his current book project “The Intentional Troubadour: Woody Guthrie's Travels Through the Twentieth Century.” His most recent essay, “The Only Way I Could Cry: Woody Guthrie and the Writing of 'Balladsongs,'” appeared in the Woody Guthrie Annual in January 2018. Fernandez is also a singer songwriter and performs regularly in New Orleans.

His lecture will be “’Ruination Day’ in History and Music: Abraham Lincoln, the Titanic, Black Sunday, Woody Guthrie, and Gillian Welch.” The lecture is free and open to the public.

Homer L. Hitt, founding chancellor of the University of New Orleans, led the institution with the conviction that “[e]xposure to new ideas and the opportunity to be involved in discourse about them are among the most important aspects of the university experience.” The Founders Club of the University of New Orleans, a group of longtime faculty and staff members, hosts the lecture series and an annual luncheon event.