Professor J. Stephen Hank, the ‘Father of the Film Program,’ Passes Away 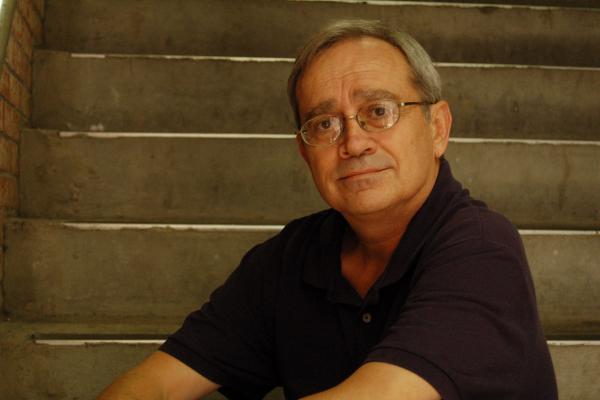 James Stephen Hank, whose influence on film students at the University of New Orleans spanned four decades, died Oct. 5, at the age of 72. Hank arrived at UNO in 1978 and helped build the University’s highly regarded film program before retiring in 2011.

Born in Columbus, Ohio, Hank graduated with a degree in history from Miami University of Ohio; then joined the United States Peace Corps. He served for two years in Swaziland in southern Africa, building schools and water supply systems. He made his first movie, Bingelela, for the Peace Corps to introduce new volunteers to the country.

When he returned to the U.S., he became a commercial still photographer, and then earned an MFA in film production and theory from Ohio University. He came to New Orleans in 1978 to teach at the University of New Orleans, fell in love with the city and never left. He was a professor of film production at UNO until his retirement in 2011.

Hank was instrumental in building the nationally recognized program in filmmaking at UNO that has produced countless film industry professionals and independent filmmakers. He also inspired many of his students to become accomplished teachers themselves. A screenwriter, cinematographer, director, editor and producer, Hank made more than two dozen short films, most of them crewed by his students at UNO, and won awards at national and international film festivals.

He made promotional films for nonprofits including One to One for United Cerebral Palsy of Louisiana, Kumbuka for the Kumbuka African Drum and Dance Collective (selected for “Louisiana: A Filmmaker’s Paradise” by the Louisiana Division of the Arts in 1995) and Touch the Earth for the Dayton Museum of Natural History. He also created The Hold-Up, an educational film and editing exercise that is used by film schools around the country. Hank received the UNO Alumni Association Excellence in Teaching Award in 2008.

“Steve was the consummate filmmaker,” said Kevin Graves, senior associate dean in the College of Liberal Arts, Education and Human Development, and professor of film and theatre. “He greatly influenced and mentored hundreds of students over the years. He held his students’ work in the highest regard and, in some cases, above his own.”

Hank was an avid sailor for most of his life and, in retirement, he read voraciously. He took Scientific American cruises, became deeply interested in cosmology and traveled to Portland, Ore. to watch the total eclipse in the summer of 2017.