ONLY LA SCHOOL IN TOP 25 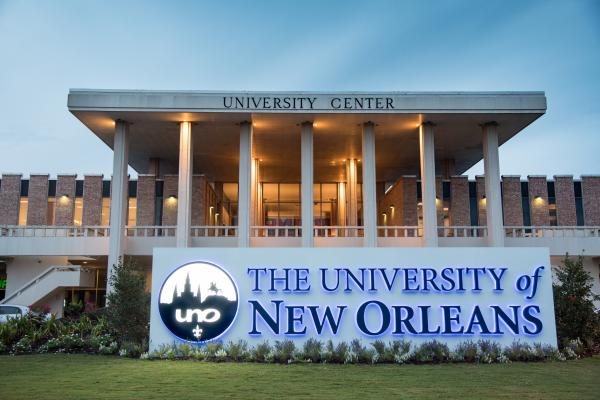 The University of New Orleans is among the top 25 national universities whose students graduate with the lowest average amount of debt, according to U.S. News & World Report.

“We continue to believe that a degree from the University of New Orleans is an incredible value,” said President John Nicklow. “Not only is it a nationally recognized credential, but many of our students are able to obtain it without incurring the excessive amounts of debt that other graduates encounter.”

The list examines the debt load of the class of 2017 and includes loans taken out by students from their colleges, as well as from private financial institutions, and federal, state and local governments. Average amount of debt refers to the cumulative amount borrowed by students who incurred debt; it’s not an average for all students. The national university category refers to institutions that offer a full range of undergraduate programs, plus master’s and doctoral programs, as well as emphasize faculty research.

The University of New Orleans has the 21st lightest debt load among national universities with an average of indebtedness of $20,723 for the class of 2017. Forty-eight percent of students in that graduating class borrowed money to help finance their education. Princeton University has the lowest average indebtedness with $9,005. Yale, Brigham Young, Harvard and the California Institute of Technology round out the top five.

In addition to low average debt, University of New Orleans alumni were also found to have the highest average early-career salaries amoung graduates of all four-year public and private colleges in Louisiana, according to a 2016 report from payscale.com.

University of New Orleans Jazz at the Sandbar Returns October 5

The fall 2022 Jazz at the Sandbar concert series kicks off Wednesday, Oct. 5 at 7 p.m. at the University of New Orleans.  Read more