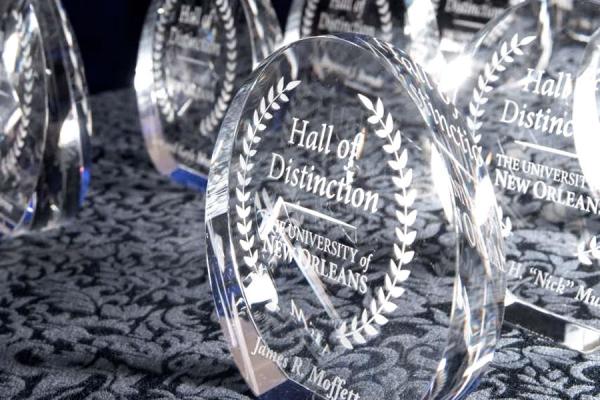 “Tonight’s honorees represent different professions, different areas of expertise and even different eras,” said President John Nicklow. “But every single one of them is a difference-maker whose commitment, dedication and selflessness helped create a better city and a better UNO.”

Common themes emerging from the honorees included the vital role played by the University of New Orleans in the vitality of the city and the University’s ability to catapult students to greater economic mobility. 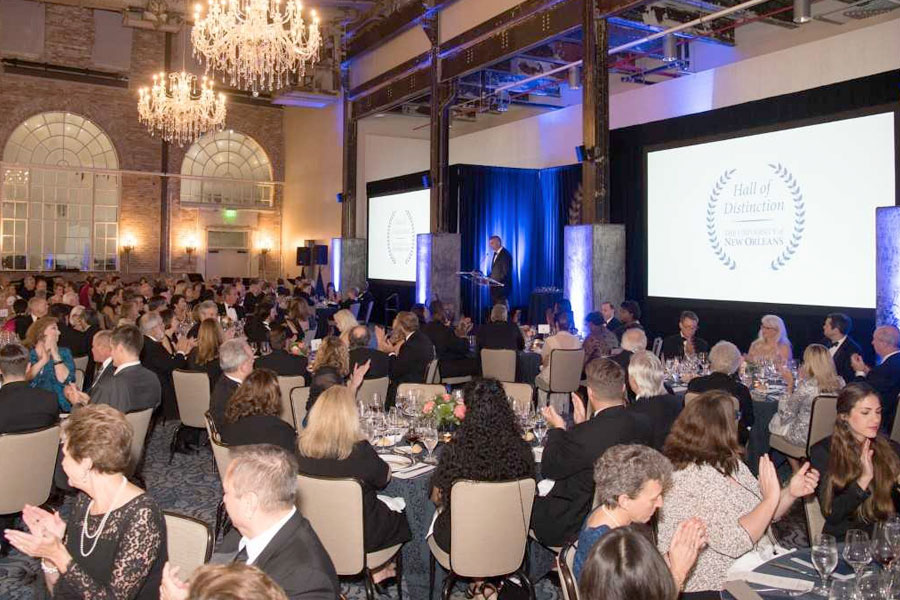 Kitchen was among several other successful businesspeople and respected community leaders honored, including Brandt, Merrick, Solomon, Gayle and Tom Benson, and James Moffett. Former University of New Orleans history professors Mueller and Ambrose brought their visionary approach to creating the institution that would become The National WWII Museum, now the most visited tourist destination in New Orleans. Pioneering civil rights attorney Alexander Tureaud Sr. was recognized for his many achievements, including filing a successful lawsuit in 1958 that ensured that the University of New Orleans was the first public university in the South to open as a fully integrated institution.

Many of the honorees expressed gratitude to the University and pledged their continued commitment to the city’s only public research university.

“We will support UNO as long as I’m alive and as long as I control Latter & Blum, and we’re proud to do it,” said Merrick, the chairman and CEO of Latter & Blum, Inc., the Gulf South’s largest full-service real estate brokerage firm.

“I have been involved with the University for many years,” said Solomon, a UNO alumnus and CEO of Crescent Bank & Trust, Inc. “I promise you this is the most energy and the most optimism I’ve ever seen at the University of New Orleans since Hurricane Katrina.”