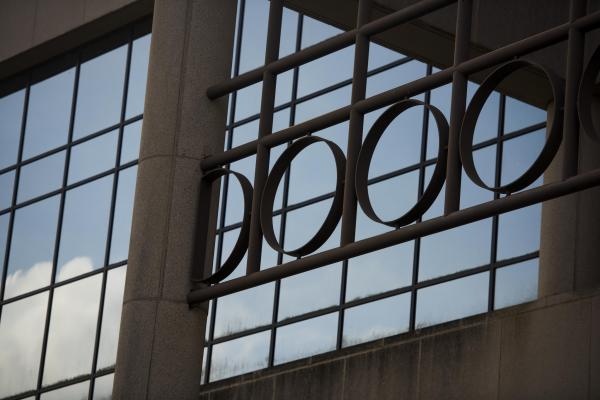 Emile Geisenheimer was 36 when, armed with two college degrees, he became the youngest person in the history of Philips Electronic Instruments to be named president and CEO.

You might never guess, then, that before he was a high-achieving corporate executive, Geisenheimer was also a high school dropout.

He swapped his Fortier High School textbooks for hammers, saws and nails, sharpened his carpentry skills and eventually started his own carpentry-subcontracting firm. At 19, he joined the U.S. Air Force amid escalating conflict in Vietnam. It was there that he discovered the power of a college education: In the world of enlisted personnel and officers, it was the officers, those with college degrees, who held the power and the benefits.

“It was like getting hit in the head,” Geisenheimer said. “I figured out I needed to get a college education.”

Despite the lack of a high school diploma, Geisenheimer’s active military service gave him access to college classes. While stationed in North Carolina, he began accumulating credits at East Carolina University before being stationed in Southeast Asia. Turns out, he did pretty well.

When he returned to civilian life, he took his record from East Carolina and enrolled at the University of New Orleans.

“It changed my life,” he said.

Geisenheimer funded his education thanks to the G.I. Bill, scholarships and a paid work-study position as a statistics tutor for fellow students. He received mentorship from John Altazan, founding dean of the College of Business Administration; took classes with historian Stephen Ambrose; and found great coaching from Richard Labarge, former professor and chair of economics at the University, who encouraged Geisenheimer to apply to graduate school at the University of Pennsylvania, Harvard and Stanford.

“It just opened up a whole new world of what was possible professionally,” Geisenheimer said.

He is credited with developing and implementing strategy leading to the rapid growth of Philips Medical Systems, Inc., then a major subsidiary of North American Philips Corp., then a New York Stock Exchange-listed public company. After being named CEO of Philips Electronic Instruments, Inc. he went on to become president and CEO of Spectranetics Corp., a NASDAQ-listed public company, where he led a turnaround at a critical point in the company’s history—and from which he retired in 2010. He was the founder of Madison Investment Partners, Inc., and managing partner of a series of private equity funds. He has served on numerous boards of directors of both public and private companies.

Today, he splits his time between Miami Beach, Fla., and Madison, Conn. His work has taken him across the globe, introducing him to experiences he never imagined prior to going to college.

“I certainly have achieved a lot as a result of my education,” he said, “and it has changed my whole perspective on the world.”

With those experiences in mind, Geisenheimer has donated $100,000 to the University of New Orleans for the creation of two full, two-year scholarships for high achieving, first-generation students majoring in accounting, finance, marketing or business administration.

Students who are veterans of the armed services will be given priority. Students must also receive the recommendation of a faculty adviser. Geisenheimer said he feels such mentorship is a key ingredient to student success.

“When you have someone you respect who is telling you that you can do it,” he said, “and what they say you can do exceeds what you might thought was possible for yourself, that is invaluable.”

Geisenheimer, now 70, said he felt the time was right to establish a pathway for more high-achieving University of New Orleans students who, like him, may not have the built-in resources to both fund college and excel in college.

“I know that it's a struggle for kids–particularly those who are first-time college students who have excelled—to maintain that excellence because of financial pressures,” he said. “I know more than once I was tempted to take a semester off or take a third job and let the grades suffer in the process.

“I've seen a lot of people contribute to building buildings and getting their names on them,” he said. “I'm not interested in that. I'm interested in encouraging academic excellence on the part of kids who have got the ability and I want to relieve them of the distraction so they can focus on excellence.”

To learn more about the Emile J. Geisenheimer Academic Achievement Scholarship for the College of Business Administration, contact Liane Carboni at lcarboni@uno.edu.