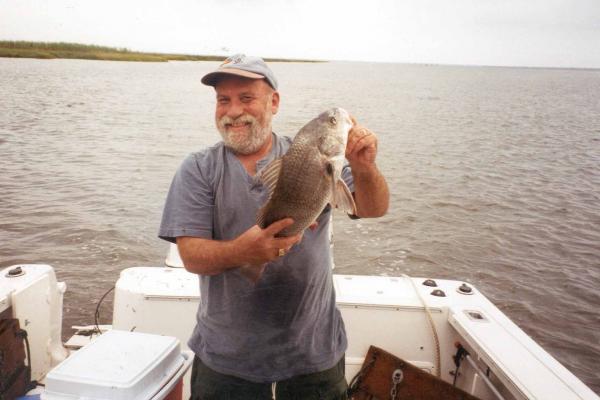 Known as “Bob” to most, Casher was a well-known and respected biologist, faculty member and administrator at the University of New Orleans, where his career spanned 35 years. He was known for his humor as well as his intellect.

In addition to teaching and mentoring hundreds of students at UNO, he also was chair of the Department of Biological Sciences, dean of the Graduate School, and vice chancellor of Research & Sponsored Programs until his retirement in 2008.

Cashner was born in Flint, Mich., but moved to Conroe, Texas, with his family when he was a senior in high school. He received his bachelor’s degree from Lyon College (now called Arkansas College), his master’s degree from the University of Arkansas, and his Ph.D. from Tulane University.

It was while he was at Tulane that he fell in love with New Orleans and fellow biologist Frances Lucy Miller, making the former his home and the latter his wife.

Cashner contributed many important scientific papers about North American and Australian freshwater fishes. He authored or co-authored over 60 papers, and described multiple species of fishes, including sport fishes such as Rock Bass, as well as less-well-known fishes such as minnows, darters, and top minnows. In addition to discovering new species, Cashner also worked on fish ecology and spent many years surveying fishes throughout Louisiana, Oklahoma, and even as far afield as Australia.

Cashner was active in the American Society of Ichthyologists and Herpetologists and served as president; he was also a permanent member of the Board of Governors and received the Robert Johnson Award for recognition of service to the society.

He is preceded in death by his wife, Frances M. Cashner and his parents, Keath and Charlotte Cashner. He is survived by three daughters: Christi Cashner Ali; Mollie Cashner Woltmann and her husband Stefan; and Emily Q. Laan and her husband, Remy. He also leaves behind five grandchildren: Kallista, Nico, Sedge, Miles, and Townes, his brother Jeff Cashner, sister Debbie Krueger, and many deeply loved nieces and nephews, and his third wife, Kay Sweeney-Cashner.

In lieu of flowers, the family asks for donations to the Cashner Student Assistant Fund, which will support students attending the annual meeting of the American Society of Ichthyologists and Herpetologists.