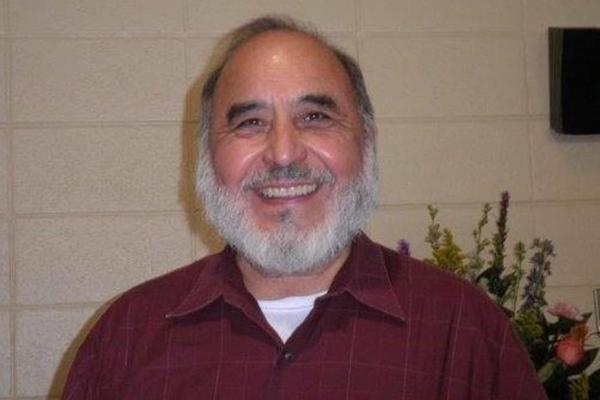 Poncho De Leon was a lot of things to a lot of people. He was a chemist, a father, a grandfather and a friend. He was a permanent deacon in the Roman Catholic Church, where he baptized hundreds of babies.

But for the last 21 years at the University of New Orleans, De Leon was often the first person most anyone encountered at the Advanced Materials Research Institute, the multi-disciplinary institute where researchers, students and visiting scientists collaborate on projects dealing with materials science and nanotechnology.

De Leon, assistant director for AMRI since 1998, died unexpectedly on Friday, July 6, while spending time with his grandchildren. His son said the cause of his collapse and death at age 71 are not yet known. De Leon first joined the University in 1976 as a research associate and adjunct professor in the Center for Bio Organic Studies. He leaves behind family members, friends and colleagues who say he will be remembered for his combination of professionalism, kindness and expertise.

“He really made a big difference,” said Charles O’Connor, professor emeritus who helped found AMRI. O’Connor first met De Leon in 1997 during an interview for a position as AMRI’s program manager. He said he knew from that first meeting that De Leon would be someone he could count on to make the institute a success.

“I thought he was going to be a catch and he was,” he said.

Ildefonso “Poncho” Ramos De Leon was born in the high desert town of Marathon, Texas, son Alec De Leon said. The middle child in a Spanish-speaking family with five kids, Poncho De Leon was an academic star in his town. He was class valedictorian at Marathon High School, earning a full scholarship to Sul Ross State University in Alpine, Texas, where he studied chemistry and math, according to his personnel records.

De Leon enlisted in the U.S. Marine Corps during Vietnam War. Following his service in the Marines, he returned to Marathon, where he landed a job in a food co-op and met Margaret Fennelly, whom he married in 1970. He pursued graduate studies in chemistry at Texas A&M before being hired in New Orleans, where he relocated with his young family that grew to include three children.

“He thought he would be here six months,” son Alec De Leon said.

John Wiley, director of AMRI, said that De Leon has long been essential to the institute’s operation and saw his role as a guardian of sorts, managing finances, coordinating visiting scholars and student participants in the various projects, including the summer research programs. He was thoughtful, even-tempered and kind. He managed grants, compiled quarterly and annual reports, and had become the go-to resource during times when recall of institutional memory was required.

In 1983, De Leon was ordained as a permanent deacon and took great joy in serving parishioners at St. Maria Goretti Parish during baptisms, weddings, funerals and more. On Facebook, where others post images of family or news stories or political memes, De Leon in the past year took to posting images of flowers—tulips, aster, black-eyed susans, purple roses, dianthus and more.

“He was probably one of the sweetest gentlest people,” Alec De Leon said of his father.

He is proceeded in death by his wife, Margaret Fennelly. Besides Alec, who resides in New Orleans, his leaves behind a daughter, Marisa Reyes, and her husband Vigneer Reyes, of Metairie; and a son, Esteban De Leon, and his wife, Ann Beck, of Bellingham, Wash. Colleagues say De Leon spoke often of his family and was especially proud of his four grandchildren, Vigneer Jr., Cristian, Marilu and Marigny.

A funeral service will be held the morning of Friday, July 27, at St. Maria Goretti Catholic Church, 7300 Crowder Blvd., in New Orleans. Visitation will be held from 8 a.m. until 11 a.m. A funeral Mass will follow at 11 a.m.