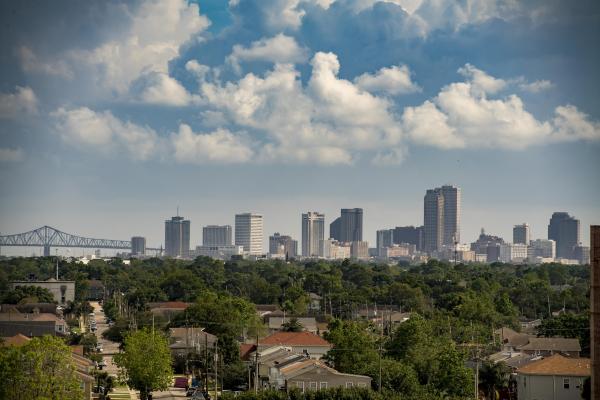 Chris Surprenant, associate professor of philosophy and director of the University of New Orleans honors program, has been awarded a three-year, $1.8 million grant from the John Templeton Foundation to examine entrepreneurship patterns in urban communities and support would-be entrepreneurs, with specific focus on black communities, throughout the southeastern United States.

Surprenant said that social scientists who study entrepreneurial outcomes between various racial and ethnic groups often conclude not only that smaller percentages of black Americans engage in entrepreneurial activities, but also that they are less successful as entrepreneurs when compared to their non-black counterparts.

However, Surprenant argues that these statistics may not be reliable or at least may not tell the whole story. A significant amount of entrepreneurial activity in these communities may not be accounted for in existing data sets—activity such as selling homemade food, fixing cars, reselling goods, or watching other people's children. Little research has been done to try to understand how much activity is taking place, in what areas, and where future opportunities may lie as a result.

“Entrepreneurship matters because it’s one of the best ways for people to escape poverty,” Surprenant said. “The challenge is trying to understand and document what is going on, both the obstacles and successes, in a way that would make possible outside investment, either from public or private sources.”

As Surprenant structured the project, it calls for collaboration among academics from historically black colleges, including Dillard University, Jackson State University, Southern University Law Center and Morehouse College, as well as policy professionals who specialize in studying free markets and community, such as the Pelican Institute and Austin Institute for the Study of Family and Culture.

“I'm excited to get started,” Surprenant said. “We have a great coalition of people working with us on this project, most of whom are from the communities we’re interested in better understanding. I'm thankful to the Templeton Foundation for seeing the importance of this project and providing us with the financial support to make it happen.”

Established in 1987 by investor and philanthropist Sir John Templeton, the Templeton Foundation supports interdisciplinary research focusing on areas such as science and the big questions, individual freedom and markets, character and virtue development, and genetics.