ENGROSSED IN THE COAST 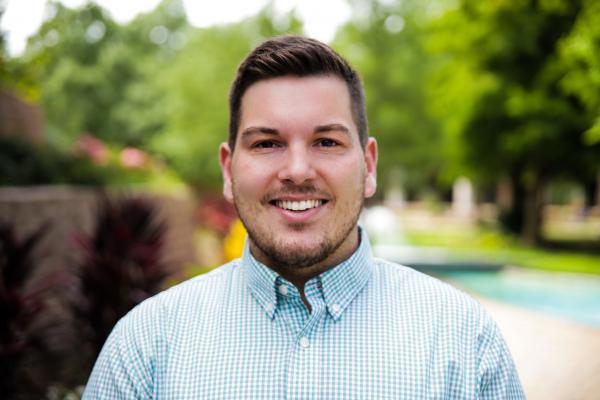 University of New Orleans graduate student Jarrett Levesh was one of only 12 students from Louisiana to win an award at the 2018 State of the Coast Conference, which was held May 30-June 1 at the New Orleans Ernest N. Morial Convention Center. Levesh received a $350 prize for an oral presentation on his research related to motion along a Delacroix Island fault in St. Bernard Parish.

Levesh, who is currently enrolled in the University of New Orleans earth and environmental sciences master’s degree program, is originally from Branford, Conn. and earned a bachelor’s degree in geology from Juniata College in Huntingdon, Pa. His master’s thesis uses drilling records to assess the effects of movement along a Delacroix Island fault. According to Levesh, in the last 60 years, satellite images show an abrupt change in the marsh with stable wetlands on one side and continuous land loss on the other. Levesh said a review of the data indicates that movement along the fault may be contributing to marsh submergence, a critical factor in the design of future infrastructure or mitigation projects.

Restoration efforts are at a point when geologists, environmental scientists and environmental engineers are finally starting to work together toward the goal of coastal sustainability, Levesh said.

“The 2018 State of the Coast conference was an amazing collaboration of disciplines,” he said. “The session I was involved in did an excellent job of portraying the importance, and success to date, of a collaboration between oil and gas companies and academia to better understand and support our coast. I look forward to being a part of all this groundbreaking work alongside some amazing scientists from different disciplines.”

At this year’s conference, 68 students participated in competitions involving poster and oral presentations. These competitions were organized by Louisiana Sea Grant, which was established in 1968 to promote stewardship of the state’s coastal resources through a combination of research, education and outreach programs. The Louisiana Sea Grant program is based at LSU and is part of the National Sea Grant College Program, a network of 33 university-based programs in each of the U.S. coastal and Great Lakes states and Puerto Rico.

The State of the Coast Conference is the largest statewide conference of its kind providing an interdisciplinary forum to exchange timely and relevant information on the dynamic conditions of Louisiana’s coastal communities, environment and economy. The Coalition to Restore Coastal Louisiana, The Water Institute of the Gulf and the Coastal Protection and Restoration Authority of Louisiana partner to produce this forum.