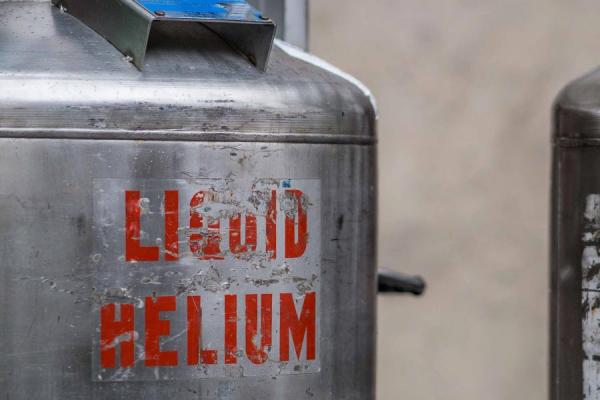 A multidisciplinary team of researchers at the University of New Orleans received a $125,000 award from the Louisiana Board of Regents for a helium recovery system that will be housed at the University’s Advanced Materials Research Institute (AMRI). The project is significant because the new system will drastically reduce the cost of studying applications for helium, which plays a critical role in the cooling of scientific and medical instrumentation.

Helium is the second most abundant element in the universe but it is very rare on earth. It is even as rare as precious metals like gold and platinum. At room temperature, helium is the volatile gas often used in balloons. Helium released into the atmosphere as a gas leaves the earth.

In liquid form, helium can be used for cooling a variety of instrumentation that requires a very low temperature to function. For example, magnetic resonance imaging, a common medical diagnostic tool, requires liquid helium to operate. The liquid form of helium is able to cool down important components to minus 454 °F. Researchers at AMRI also need to go to these low temperatures to examine the various materials produced in their laboratories.

But the scarcity and volatility of the element pose challenges for studying it and discovering further applications. The new system coming to AMRI will capture the helium before it can leave the laboratory and allow researchers to recycle this valuable commodity. Researchers currently may spend thousands of dollars on helium for one set of experiments. This new system may reduce costs such that researchers are only spending a few dollars for similar experiments. According to John Wiley, research professor of chemistry at the University of New Orleans and director of AMRI, the benefits of the new system are threefold.

“Important research that has been delayed or abandoned due to the high costs will now be possible,” Wiley said. “Further, researchers from around Louisiana and the surrounding region will be able to benefit from these the lower measurement costs.

“At the University of New Orleans, the new equipment will help support ongoing projects in chemistry, medical applications, new magnetic, electronic and optical materials, and new composites for additive manufacturing or 3-D printing.”

For more than 20 years, the Advanced Materials Research Institute has served as a multidisciplinary institute that provides a unique environment, integrating academic, private and government sectors in the conception and development of novel research programs. AMRI is comprised of professors, postdoctoral researchers, and graduate and undergraduate students working on important aspects of materials science such as nanofabrication, magnetism, drug delivery, solar conversion and thermal and electrical transport properties.