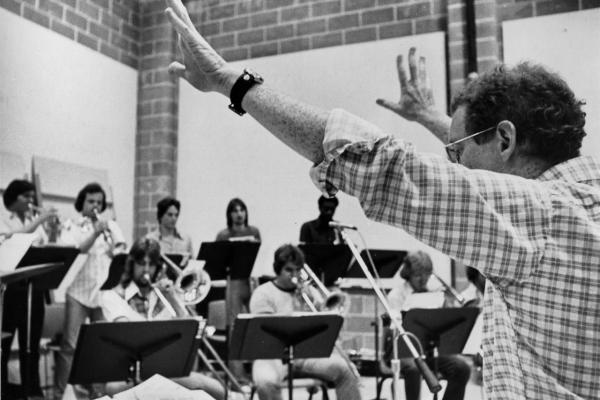 Charles Clement Blancq III, a devoted jazz musician, historian and professor who taught at the University of New Orleans for 38 years, died May 7 in New Orleans. He was 77.

Blancq joined the University of New Orleans in 1970 and, according to professor Steve Masakowski, became the first faculty member to teach jazz in the Department of Music, setting the stage for the establishment of the University's renowned jazz program.

"On the surface, it would seem that a young person in New Orleans would have endless opportunities to play jazz," he was quoted as saying at the time. "But the irony is that as soon as a young jazzman acquires enough skill to play the music, he is immediately confronted by the need to conform to a more traditional and commercial jazz which has always been identified with the culture of this community."

A native of New Orleans, Blancq hoped to see appreciation for New Orleans music evolve beyond the Dixieland jazz that had become commercially popular, especially for tourists.

"At that point, Charlie was the coordinator of jazz studies and did all of the 'behind the scenes' things that were necessary to make the program a success,'" Masakowski said. Blancq and Marsalis together created the on-campus performance space known today as The Sandbar. Blancq also hosted a jazz cable TV show featuring interviews and performances from the newly established Jazz at the Sandbar series and became a frequent radio host on WWNO, Masakowski said. He could be heard hosting a weekly classical radio show called "Interlude" that aired on Sunday mornings.

Blancq, who studied percussion and drum set as a child, was known as an outstanding musician, educator and writer. He held a doctorate from Tulane University and a master's degree from North Texas State University, now called University of North Texas. In 1983, he authored a biography of famed saxophonist Sonny Rollins entitled "Sonny Rollins: The Journey of a Jazzman," a work that one academic reviewer said was "important for its overdue musicological treatment of this jazz stylist's work (providing) a well-reasoned manual to aid in charting the currents merging in Rollins' music, particularly his improvisations."

In 2003, Blancq was named the Koch Endowed Professor, which he held until his retirement from the University in 2009. Today, a scholarship in his name helps jazz students attend the University of New Orleans.

Blancq is survived by his wife, Vendula Vlasakova, and sons Matthew and Kevin Blancq, along with Kevin's wife, Karen; also, Betty Murtes Blancq, who is Kevin's mother, grandchildren Charlotte and Nathaniel Blancq and his sister, Jaqueline Bruneau. Family and friends celebrated his life on May 12 at Greenwood Funeral Home in New Orleans.

Kevin Blancq said he hopes to honor his father in the near future by hosting a memorial concert in New Orleans, the details of which will be posted here when they become available.

Here are recordings of the University of New Orleans Jazz Band in the 1970s under Blancq's direction: