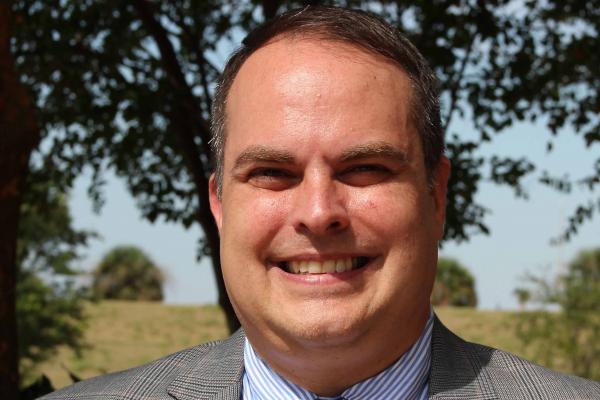 Chris Maurer is the kind of New Orleanian who never wanted to leave home. He's the kind who loves his city and his family so much that when he graduated from Brother Martin High School, he ended up picking between four universities - three in New Orleans and one just an hour north.

The choice was easy, but not just because the University of New Orleans was only a few blocks north of his high school on Elysian Fields Avenue. At UNO, Maurer received a full, four-year scholarship.

"I graduated with almost no debt," says Maurer (B.S., '92, M.B.A., '00), now chief executive officer of the UNO Federal Credit Union, also based here on the University's campus. "I graduated in four and a half years and my parents only had to pay one semester. That's a really good feeling to get out of school and not owe a penny."

Now, Maurer is paying it forward.

Though he is only 47, Maurer is also a planner. As someone who holds a bachelor's degree in finance and an MBA - and especially as someone who works in the financial sector - the idea of planning his estate now seemed like a smart idea.

"In my line of work, we see this a lot: People die unexpectedly and, by not having a will, it creates a lot of hardship on families," he says.

Emile T. Maurer, Jr., and Josie B. Maurer, both 87, instilled in their children an understanding of the importance and value of a good education, Maurer says: "They always taught us that education was key to a successful future."

Over decades of working on the same campus where he once took classes, Maurer says, the University of New Orleans has become much more than an alma mater. Becoming a Legacy donor made the most sense in the world.

"This is home for me," Maurer says. "This is like my second family."