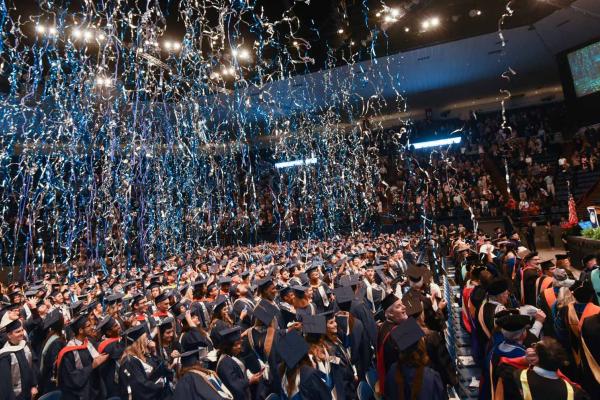 Google engineer and University of New Orleans alumna Sabrina Farmer will serve as the principal speaker at the University's spring commencement on May 11, 2018. The ceremony will take place at 3 p.m. at the UNO Lakefront Arena. Farmer, who earned a bachelor's degree in computer science in 1995, is senior engineering director for site reliability at Google.

Farmer, a native of Marrero, La., is responsible for the reliability of Google's products, several of which serve more than a billion global users every day. Those products include search, Gmail - the world's largest Internet email service, Google Drive, Google Maps, Android and Chrome. She also oversees reliability of product infrastructure including Google's authentication, identity and abuse systems.

"We are so excited to welcome Sabrina Farmer back to her alma mater, where she has been so closely connected since she graduated," said President John Nicklow. "I know our graduates will learn from her experiences in Silicon Valley and be inspired by her achievements. She is a wonderful ambassador for our computer science program and our university."

A year after graduating from college, Farmer founded the Scholarship for Women in Computer Science, which is administered by the University of New Orleans Women's Center. Two students now receive the scholarship on an annual basis. Scholarship winners also receive a year's worth of mentoring from Farmer.

Farmer, a longtime advocate for women in technology, develops programs focused on advancing women's careers and making the high-tech work environment more inclusive and flexible. During the past five years, she has helped sponsor a group of University of New Orleans students to attend the Grace Hopper Celebration of Women in Computing, the world's largest gathering of women technologists.

"Sabrina Farmer truly knows the meaning of the phrase 'pay it forward,'" said Mahdi Abdelguerfi, professor and chair of computer science. "She continually demonstrates her commitment to increase the number of women pursuing a career in computer science. Her support of women in technology pervades her work, and she is a frequently invited speaker at important conferences where she advocates her views."