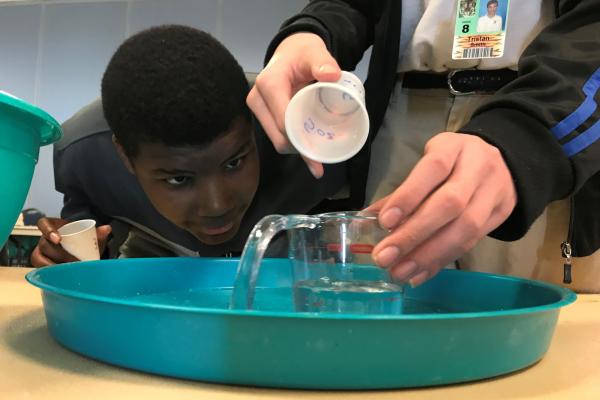 A new $50,000 endowment has been established to honor the memory of George Ioup, who spent more than 45 years as a researcher and professor of physics at the University of New Orleans. The endowment is funded by a gift from Ioup's widow, Juliette Ioup, who is also a UNO physics professor. The Dr. George E. Ioup Endowed Award in Physics will provide awards of $1,000 to one undergraduate and one graduate student each year.

Physics department faculty will evaluate applications and select awardees. The endowment sets forth qualifications for the award, including full-time enrollment in a physics degree program and a cumulative 3.0 grade point average. Additionally, awardees should share some of the qualities George Ioup was known to possess: passion, motivation and dedication in the study of physics, intellectual curiosity, generosity, helpfulness, determination and hard work.

George Ioup was a prolific researcher, a dedicated teacher and an academic innovator. He earned an undergraduate degree in physics from MIT and a doctorate in physics from the University of Florida. In 1969, he joined the physics department at the University of New Orleans, marking the beginning of a long and distinguished career that would continue for the rest of his life. During his tenure, he directed dissertation research for doctoral students, thesis research for master's students and research for non-thesis master's students. In 1976, he was awarded the Amoco LSU System Distinguished Undergraduate Educator Award. Ioup was also instrumental in developing the Ph.D. in Engineering and Applied Science, one of the most successful doctoral programs at the University.

Ioup's research specialty was signal and image processing, which he applied in areas such as underwater acoustics. He studied how whales could be identified in the Gulf of Mexico from their underwater clicks. In 2000, he co-founded the Littoral Acoustic Demonstration Center at UNO, which produced high-quality research on the effects of human behavior on the Gulf of Mexico and its animals.

His unflagging commitment to the University is illustrated by the fact that he retired in 2012 at the age of 73, yet continued to perform all of his teaching, graduate student mentoring and research duties on a gratis appointment until his death in January 2016.

"He never stopped," said Steve Johnson, dean of the College of Sciences, at the time of Ioup's death. "He lived and breathed UNO."