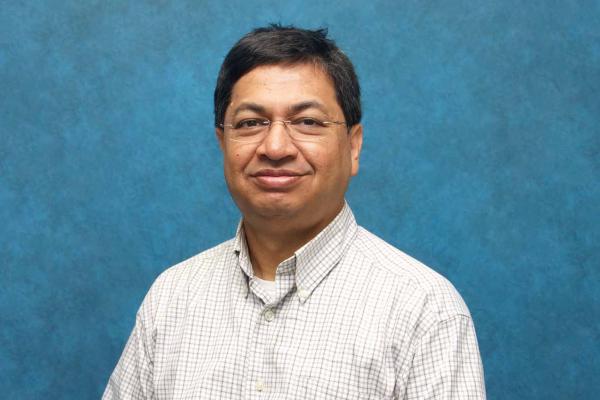 Each year, the academy membership votes to select one fellow whose sustained contributions toward research merit recognition. As the honoree, Hassan received a cash prize as well as a plaque acknowledging his "extraordinary accomplishments" in the field.

At the same event, Hassan also won the Best Paper Award for a treatise he co-authored entitled "Corporate Lobbying and Financial Institution Firm Performance: Evidence from security class-action litigation." His collaborators on the paper were Omer Unsal and William Hippler, both graduates of UNO's financial economics doctoral program.

In 2016, the academy honored Hassan with a Teaching Fellow Award for his exemplary achievements as a teacher.

Hassan is a researcher, educator, mentor and advocate for empirical research in economics and finance. His areas of expertise include financial institutions and markets, emerging markets and financial development, international finance, corporate finance and Islamic finance. He is currently the chief editor of two scholarly journals focused on Islamic and Middle Eastern finance and guest editor for several other publications. He has presented more than 350 research papers at professional conferences around the world and has had more than 200 papers published in academic journals.

The Academy of Economics and Finance was founded in 1963 as the Academy of Mississippi Economists. Its composition and areas of focus quickly grew to include most Southern states. By its 50th year, the academy's work embraced the entire country. In addition to sponsoring several scholarly journals, the academy works to preserve a professional venue that is mutually supportive, amiable and open. It fosters an environment where nontraditional papers are welcome and where the pursuit of knowledge is defined much broader than traditional empirical studies.

Raegan Rozas, a University of New Orleans film student, has been cast in the lead role of a new HBO Max drama series called “Vegas High,” according  Read more

The University of New Orleans Named a Military Friendly School

Nearly 2,000 middle and high school students were on campus Wednesday to explore the marvels of engineering as part of the University of New Orlean  Read more