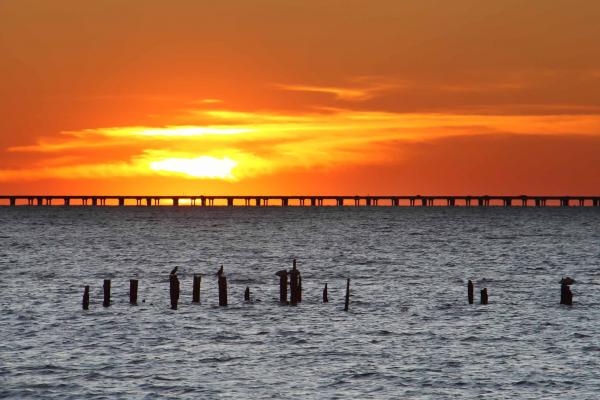 Mark Kulp, associate professor of earth and environmental sciences at the University of New Orleans, is part of a team working to produce a map of geological features affecting the landscape of coastal Louisiana. Described as a "geohazards atlas," this project will compile maps and reports describing the geologic and structural framework of coastal Louisiana, including the impact of subsidence, faulting and flooding to landscape, land use and infrastructure. The group's goal is to create a unified, peer-reviewed portrayal of the entire Mississippi River delta plain to better inform planning and mitigation efforts at the federal, state and local levels. A complete draft of the atlas is expected by the end of 2018 with final digital and hardcopy versions to follow next year.

Leading the effort to produce the atlas are the New Orleans Geological Society, a group led by energy industry professionals, and the Louisiana Geological Survey (LGS), the state's chief resource for geological information. Other team members include faculty from LSU, Tulane and the University of Louisiana-Lafayette, a representative from the Lake Pontchartrain Basin Foundation and representatives from two environmental consulting firms.

Kulp's work will focus on the identification of faults within the Pontchartrain Basin and the impact they have on the coastal landscape. Kulp will work on this portion of the atlas project with John Lopez, coastal sustainability program manager at the Lake Pontchartrain Basin Foundation. Kulp and Lopez will examine fault effects on the New Orleans Land Bridge, the Causeway Bridge infrastructure, the Highway 11 Bridge, and the I-10 Bridge Twin Spans.

"I am pleased to be able to work with Dr. Lopez from the Lake Pontchartrain Basin Foundation and the other members of this talented group," said Kulp. "The Coastal Research Laboratory at the University of New Orleans has long been committed to working toward the systematic collection of data required to inform effective mitigation strategies for generations to come. This project represents an important milestone in that effort."

According to the Lake Pontchartrain Basin Foundation, the Pontchartrain Basin is a 10,000 square mile watershed encompassing 16 Louisiana parishes. The basin's topography ranges from rolling woodlands in the north to coastal marshes in the south, with the 630 square mile Lake Pontchartrain as its centerpiece. It is the most densely populated region in Louisiana, including both the New Orleans and Baton Rouge metro areas, and home to the largest tonnage port district in the western hemisphere, the Port of South Louisiana. With more than 22 essential natural habitats, it is also one of the largest estuarine systems in the Gulf of Mexico.