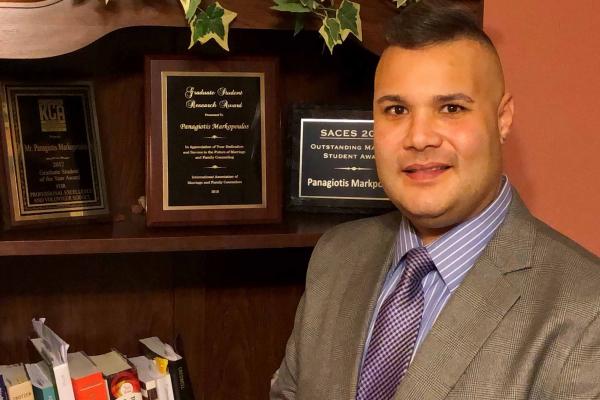 As a division of the American Counseling Association, the International Association of Marriage and Family Counselors supports the practitioner community through its establishment of rigorous training and certification standards, information sharing and support for collaboration and exploration in the field. Among its activities, IAMFC offers annual awards to recognize recent high quality quantitative and qualitative research in marriage, couples and family counseling and the training and supervision of family counselors and trainees.

For children with autism who are in the moderate- to high-functioning range, some of the most common challenges are lack of ability to pick up on social cues, difficulty with language comprehension and stress resulting from sensory overload, Markopoulos said. Addressing these deficits through therapy might involve, for example, visiting a busy shopping mall and working with the patient to cope with the lights and noise.

"They think and understand social contexts primarily from a visual standpoint," Markopoulos said. In other words, children with autism rely primarily on visual information to understand their environments. "Feelings of being present in their social environment are a key component to their development," he said.

Markopoulos already had an interest in the therapeutic use of VR when he began his doctoral studies. Having been diagnosed with autism himself as a child, Markopoulos could clearly see its potential to advance treatment. His thesis aimed to demonstrate the value of VR to the community of practicing counselors.

In two pilot studies and a main study, Markopoulos introduced counseling practitioners to two types of VR environments that he designed himself. One type was presented on a laptop screen and the other through a head-mounted device. The study revealed that practitioners reported feeling more immersed in the VR therapy environment using the head-mounted device than the laptop. The VR approach provided a more vivid simulation of the sensory overload conditions that might affect a child with autism spectrum disorder. They also reported seeing the benefits of VR technology for autism treatment in clinical practice.

The concept of using VR as a basis for autism treatment in children was inspired in part from Markopoulos' own experiences as a practitioner, which he says is typically limited to play therapy. Placing virtual reality goggles on the patient to simulate a shopping mall provides a safe therapeutic environment for treatment. It removes the potential for the child's therapy to be undermined by curiosity of - or derision from - others who might stare or tease in public. A VR environment allows the child to develop and practice behaviors and coping skills in a safe place before using those techniques in the real world, with the many uncontrollable stressors it will no doubt present. Among his young clients with autism, Markopoulos said, the VR therapy has been well received and effective. The technological aspect keeps children engaged, which can sometimes be a huge challenge in working with an autistic child.

"The ultimate goal is that children will be able to work with the practitioner on their social and communication skills development in a safe clinical setting," said Markopoulos. "The technology can provide high levels of immersion and also a fun experience to keep the child engaged during therapy."

Markopoulos was born and raised in Athens, Greece, before coming to the United States in 2007. In addition to the award from the International Association of Marriage and Family Counselors, he received the Make a Difference Grant Award from the Association for Humanistic Counseling in San Francisco and a doctoral dissertation fellowship from the University of New Orleans Graduate School. He has worked in psychiatric hospitals as well as residential, correctional and school settings with both adolescent and adult populations.