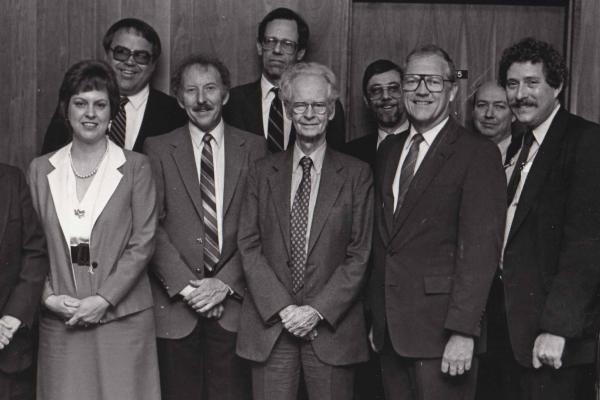 Trained as a physiological psychologist, May was fascinated by the relationship between brain activities and human experience and behavior. Throughout his career, he used electrophysiological and psychophysical techniques to research visual perception, cognition and vestibular processes - how the inner ear and brain control balance and eye movements and how changes in those processes factor into motion sickness and other disorders.

Born in Chicago and raised in New Orleans, May graduated from De La Salle High School and served in the U.S. Air Force for four years. He soon enrolled in college and at what was then called Louisiana State University in New Orleans, receiving his bachelor's degree in psychology in 1965. Over the next four years, he continued to pursue psychology in graduate school, getting a master's degree at the University of Southern Mississippi in 1966 and a doctorate at the University of Houston in 1969.

May, who colleagues say was known as much for his sharp wit as he was for his research, joined the University of New Orleans in 1969 as an assistant professor soon after receiving his Ph.D. Daughter Zoe May Smith said letters reveal her father was excited to be a part of a growing program and to work alongside talented faculty to shape a research-rich environment where he could use his science to solve practical problems.

"He really did feel like he wanted his work to make the most impact," said Smith (M.S., Biology, '97). "He always said that in his field of psychology he felt he could solve the mysteries of the world and help the masses."

May retired from UNO in 2001 and was named professor emeritus. But even then, he continued his research for UNO for another six years, intermittently joining researchers in the College of Engineering and its National Bio-Dynamics Lab, seeking better understanding of how visual perception and neurological processes influence to motion sickness.

"Jim was a highly respected and accomplished member of the psychology faculty," said Laura Scaramella, chair of the Department of Psychology. "He was incredibly dedicated to graduate education and training and he was loved and respected by his graduate students. He mentored junior faculty and was a well-respected colleague."

May received many academic awards including an LSU Distinguished Faculty Fellowship Award, Fulbright Scholar Research Fellowship, Fogarty Scholarship and Endowed Villere Chair for Research in Neuroscience, which he held from 1995 until 2000. He authored more than 250 publications and posters and, according to Smith, found unusual delight in drafting research grant proposals, work which resulted in his receiving more than 30 research grants over his career.

Scaramella said May's sense of humor also made him an especially beloved colleague: "He added fun to departmental meetings and gatherings."

Following retirement, his family said, May raised basset and blood hounds and miniature donkeys on his farm, Genesee Acres, in Covington, La., and spent as much time as he could golfing. He leaves his daughters, Monique May Casey and Zoe May Smith as well as Smith's husband, Michael A. Smith; sister Juliet Jackson and her husband Charles Jackson; Veneta and John Oster; and two grandchildren, Camille and William Smith.