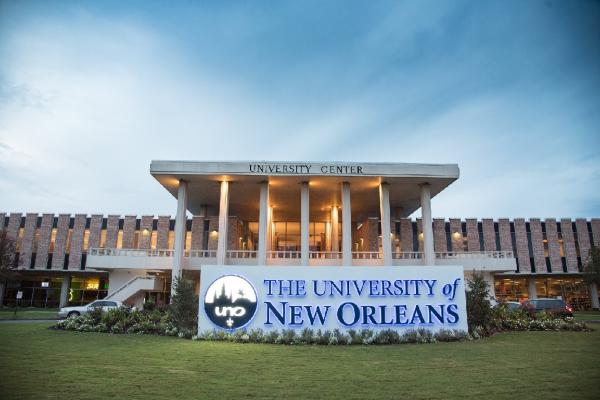 University of New Orleans alumni were found to have the highest average early-career salaries among graduates of all four-year public and private colleges in Louisiana, according to a new report from Payscale.com. In the 2016-2017 College Salary Report, bachelor’s degree earners from UNO with 0-5 years of work experience reported median annual earnings of $47,700.

The University of New Orleans is often credited with helping to build the region’s middle class, and this report may shed some light on why this perception is widely held. Considering that the Pew Research Center found the national middle-income range in 2014 to be about $24,000 to $72,000 annually for a one-person household (or $42,000 to $125,000 annually for a household of three), it is worth noting that a measurable number of recent UNO graduates report having achieved middle class earning status early in their careers. UNO was also recently recognized for the sixth year in a row as a university whose graduates carry some of the lightest debt loads.

Payscale.com is the proprietor of the world’s largest salary profile database. The data used in their report is collected through an ongoing, online compensation survey. Participants provide data about their jobs, compensation, employer, demographics and educational background. In return, PayScale.com provides them with a detailed compensation report that compares their compensation to others like them. The data is tested and verified before it is considered for inclusion in analysis for publicly released reports such as the College Salary Report.

The survey sample considered for the 2016-2017 College Salary Report was 1.4 million degree holding college graduates who are full-time, civilian employees working in the U.S. The entire report explores earnings reported by employees with associate’s, bachelor's, master's, doctorate and juris doctorate degrees. The sample size for each school was based largely on the size of the school. Of the approximate 2,600 bachelor's degree granting schools in the U.S, the report included 983 schools. These schools enroll more than 74 percent of the estimated undergraduates in bachelor's degree programs in the U.S. based on enrollment data from the U.S. Department of Education's Integrated Postsecondary Education Data System (IPEDS).