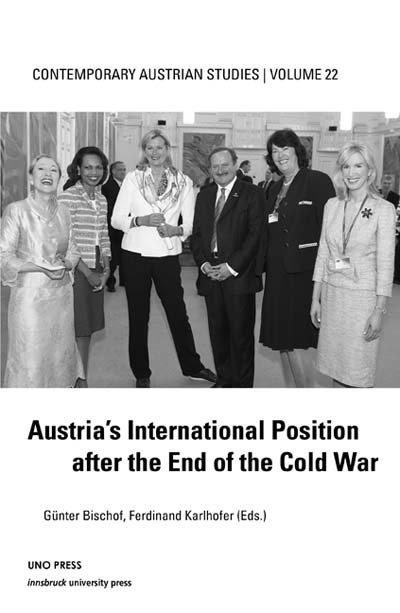 Austria's International Position After the End of the Cold War

In the past quarter century, we have moved from the Cold War to the Post-Cold War era in Austria, Europe, and the world at large. Yet relatively little assessment is available to gauge what the change from the Cold War to the Post-Cold War era signaled for Austria and Europe’s positions in the world. Volume 22 of Contemporary Austrian Studies aims to fill in these gaps by providing a detailed picture of the sea changes Austrian foreign policy went through after the Cold War. After the war, Austria emerged from the Cold War’s division of Europe and was able to once again take advantage of its central location in Europe, rebuilding long-standing relations with neighboring countries to the East and South. These essays look at the evolution of these relationships, including Austria’s accession into the European Union in 1995. In addition, Volume 22 touches upon the erosion of Austria’s policy of neutrality during the Post-Cold War era.

Ferdinand Karlhofer is an associate professor and chair in the Department of Political Science at the University of Innsbruck.