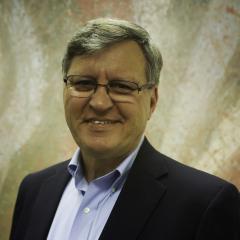 Robert Montjoy is professor emeritus UNO and Auburn University.  His academic career has combined teaching, research, outreach, and administration. He was the founding director of the AU MPA program (1985-1997), director of the AU Economic Development Institute (1994-2001), and coordinator of the UNO MPA program (2004-2009). Robert has engaged in, and learned from, a variety of outreach projects, including: helping the Virginia legislature develop a formula for the distribution of state aid to local governments (1977-1979); managing for the Alabama Secretary of State the implementation of a federal court order affecting election procedures in 65 counties (1988-1990); helping to found and serving as the first president of the Alabama Technology Network, the state center for the U.S. Manufacturing Extension Partnership (1995-2004); and serving on the government effectiveness committee of the Bring New Orleans Back Commission after Hurricane Katrina (2005-2006).  He is author or co-author of four books, 23 journal articles, ten outreach articles, three book chapters, eight documents published by government agencies or associations, and 14 studies (unpublished) for government or nonprofit organizations.  He serves on national boards of directors for the Election Center and the Ranked Choice Voting Research Center.