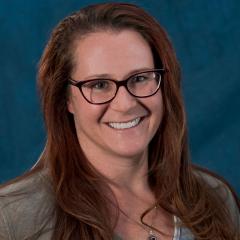 Born and raised in Metro Detroit, Katie Garagiola earned a B.F.A. in theater from New York University and later an M.F.A. in Producing from the Peter Stark program at USC. She has produced short films, music videos, online content and live theater. She’s currently producing her comedy feature with Route One Entertainment out of Los Angeles. Katie has worked both within the studio system as well as out in the trenches. She spent time at Walden Media, the Kennedy/Marshall Company, HBO and Fox. Between 2011 and 2015 she worked on Oz the Great and Powerful (Detroit, MI), Into the Storm (Detroit, MI), Solace (Atlanta, GA), Split (New York), Devil’s Due (New Orleans) and From Dusk Till Dawn (Austin, TX). Katie is also a SAG/AFTRA voice actor and mother of two little boys.