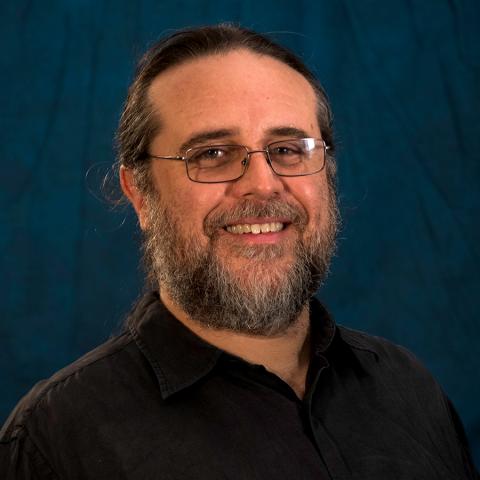 Recent Works: The Canopic Jar of My Sins (play), Niagara Falls (play), A Blinded Horse Dreams of Hippocampi and Other Plays (book), An Outopia for Pigeons (play),

Justin Maxwell's plays have been produced in cities across North America. His play The Canopic Jar of My Sins will receive a public reading in Minneapolis at the end of August before premiering there next year. His play Niagara Falls will receive its world premiere at the Theatre at St. Claude in New Orleans in the near future. Recently, his collection of short works A Blinded Horse Dreams of Hippocampi and Other Plays was published by Alligator Pear Publishing, and his work-in-progress, Palimpsests of Agrippina Minor, was developed at the Mid-American Theatre Conference and at the annual Sound Off festival of new work. Justin’s writing has appeared in the literary journals Eleven Eleven, Fourth River, and many others. He is the resident playwright for the Daedalus Project at Swandive Theatre.

Professor Maxwell is currently developing a new play, The Canopic Jar of My Sins: A Medieval Morality Play for Latter-Day Postmodernists, with Swandive Theatre as part of an ongoing Deadalus Fellowship. It will premier in Minneapolis in 2018. His collection of short works, A Blinded Horse Dreams of Hippocampi and Other Plays, was recently published from Alligator Pear Press.