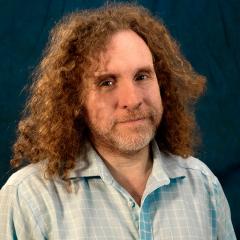 Henry Griffin is a screenwriter and filmmaker from New Orleans. His first screenplay Rock Scissors Paper was optioned by Fox 2000 in 1996, which began an illustrious career as a professional screenwriter and script doctor. He has worked for Fox, DreamWorks, New Regency, and New Line Cinema. He wrote, directed, produced and acted in the 1999 short film, Mutiny, which premiered at the Sundance Film Festival. Mutiny went on to win awards at South-by-Southwest, the Seattle International Film Festival, the Chicago International Film Festival, and the Message-to-Man Film Festival (St. Petersburg, Russia). It was also screened at the largest shorts market in the world, in Clermont-Ferrand, France.

His 2004 film Tortured by Joy was featured on a DVD in the Believer Magazine. His music video for the Preservation Hall Jazz Band, "Complicated Life," has received over 60,000 hits on YouTube. Two of his forthcoming films (the feature Flip Mavens and the short The Flavor of Plaid) are the result of student production exercises at UNO. He has published essays in the anthology Movies: The Ultimate Insider's Guide, alongside Woody Allen, Sidney Lumet, Milos Forman and Martin Scorsese. As an actor, he appeared in the 2000 film, The Way of the Gun. Henry currently has a recurring role in the HBO series, Treme.