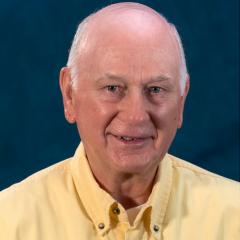 His published research includes Political Parties and Political Issues: Patterns of Differentiation Since the New Deal and Transformations of the American Party System: Political Coalitions from the New Deal to the 1970s (a Book of the Month Club selection in its 1st edition (1975)), both co-authored with Everett Carll Ladd, Jr. He also has co-edited Political Parties in the Southern States: Party Activists in Partisan Coalitions and three volumes based on data collected for his National Science Foundation funded Southern Grassroots Party Activists Project (with Lewis Bowman): Southern State Party Organizations and Activists; Party Organization and Activists in the American South; Party Activists in Southern Politics: Mirrors and Makers of Change, and Party Organization and Party Activism in the American South, the latter two receiving the 1999 V.O. Key Book Award from the Southern Political Science Association. With his colleague Christine L. Day, moreover, he published Women’s PACs: Abortion and Elections in the Pearson Prentice-Hall Real Politics in America series (2005).

Among his awards and achievements are the Scholar Award from the South Central Region of The Honor Society of Phi Kappa Phi (1994); the Career Achievement Award for Excellence in Research from the University of New Orleans Alumni Association (1991); a Younger Humanist Fellowship from the National Endowment for the Humanities (1973); and a month long Visiting Fellowship from the Democratic Pacific Union, Taipei, Taiwan, where he was assigned to the Institute of International Relations at National Cheng-chi University (2005). He also was Phi Kappa Phi Scholar in Residence at Southeastern Louisiana University (1988).