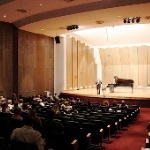 The 340-seat Recital Hall is located on the first floor of the Performing Arts Center, and has been hailed by the New Orleans Times-Picayune as one of the best venues in the city for vocal, chamber, and string ensemble performances. It is used for a variety of concerts, recitals, lectures, and the student Recital Hour.

The Sandbar at the Cove 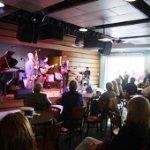 The new Sandbar at the Cove Student Center is the home to the landmark Jazz at the Sandbar performance series and serves as a stage for student, faculty, and guest performers in a more casual setting 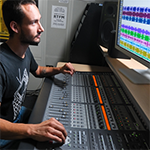 Studio 103, the UNO recording studio, continues to garner accolades as a professional recording and production facility.  It features updated state-of-the-art equipment, including Digidesign Protools and Apple Logic Pro, and includes isolation rooms, a Steinway grand piano, and a wide selection of the latest equipment, microphones, and software. 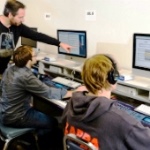 An 8-bench MIDI/digital recording lab and a 16-bench keyboard lab are equipped with iMacs, ProTools, MIDI keyboards, and the most recent versions of composition and music theory software including Sibelius, Finale, Garage Band, and others.

In 2004 the Department of Music opened a $80,000 Media Resource Center to house its library of orchestra, band and chamber music, along with an extensive collection of pedagogy resources.  These resources include teaching materials for all grades and a wide selection of musical instruments.