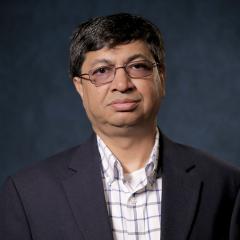 Professor Hassan has over 350 papers [225 SCOPUS, 108 SSCI, 58 ESCI, 227 ABDC, 161 ABS] published as book chapters and in top refereed academic journals. The number of publications would put Professor Hassan in the top 1% of peers who continue to publish one refereed article per year over a long period of time according to an article published in Journal of Finance. Professor Hassan has also been cited as one of the most prolific authors in finance literature in the last fifty years in a paper published in Journal of Finance Literature. His publication record puts him among the top 5.6% of all authors who published in the 26 leading finance journals. He is among the top 5% authors according to number of Journal Pages at RePAC/IDEAS. Professor Hassan is among the top three presenters in the Financial Management Annual Meetings during 1990-2013. He has won 32 Best Paper Awards from Academic Conference presentations. Professor Hassan has been honored by the fellow members of Academy of Economics and Finance for life-long contribution to teaching and research in 2016 and 2018 respectively. Professor Hassan has an H-index of 63 from Google Scholar. A frequent traveler, Dr. Hassan gives lectures and workshops in the US and abroad and has presented over 408 research papers at professional conferences and has delivered 184 invited papers/seminars.  For his outstanding research and scholarly work, Dr. Hassan has been recognized with Lifetime Achievement Award by UNO Research Council in 2019.

Professor Hassan has supervised 62 doctoral theses at the University of New Orleans and acted as External examiners for 49 dissertations from countries like Australia, New Zealand, USA, India, Bangladesh, Malaysia and Canada. Many of his students are now well placed in the academia (Department Chairs, Deans and Professors), government (Secretary, Under-Secretary and Central Bank Deputy Governor) and private sectors (CEO and CFO). Professor Hassan has evaluated promotion documents of many faculty members from the USA and abroad.

Professor Hassan has also edited and published seventeen books. Kabir is the co-editor (with Mervyn K. Lewis) of Handbook of Islamic Banking, and Islamic Finance, The International Library of Critical Writings in Economics (Edward Elgar, 2007), Handbook on Islam and Economic Life (Edward Elgar, 2014), and co-editor (with Michael Mahlknecht) Islamic Capital Market: Products and Strategies (John Wiley and Sons, 2011). He is co-author of Islamic Entrepreneurship (Routledge UK, 2010). Dr. Hassan has written the first textbook (co-authored with Dr Kayed and Dr. Oseni) on Islamic Finance that was published by Pearson in 2013. His book Handbook of Empirical Research on Islam and Economic Life was published in December 2016 by Edward Elgar Publishing Company. He coauthored with Ahcene Lahsasna and Rubi Ahmad “Forward Lease Sukuk in Islamic Capital Market: Structure and Governing Rules” published by Palgrave-Springer, New York in 2019. His another textbook “An Introduction to Islamic Finance” co-authored with Salman Sheikh and Selim Kayhan is to be published in 2020 by the World Scientific Press. Professor Hassan’s edited volume with Professor Mehmet Sarac on Islamic Perspectives on Sustainable Financial Development will be published by Oxford University Press and Istanbul University Press in 2020.