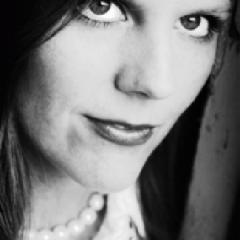 Ashlye M. Keaton, Esq. practices entertainment and intellectual property law and is an advocate for the arts. Ashlye is an adjunct professor at Tulane Law School and also an adjunct professor at the University of New Orleans Graduate School in Arts Administration. She is Co-Founder and Supervising Attorney for the ELLA Project. In response to Hurricane Katrina, Ashlye expanded her work to reach more cultural community members seeking relief with support from the Ford Foundation. Among other boards, Ashlye has served as an officer on the Board of Governors for the National Academy of Recording Arts and Sciences, better known as the Grammy’s. She was awarded the Monte M. Lemann Distinguished Teaching Award by Tulane Law School Class of 2015. She has consistently been voted as OffBeat Magazine’s Best Music Attorney from 2008 to 2015; Gambit Weekly’s 2009 40 Under Forty; 2008 Governor’s Art Award/ELLA Project; and New Orleans CityBusiness 2007 Leadership in Law. Ashlye is the head instructor and choreographer in ballet and tap for the New Orleans Children’s Ballet.