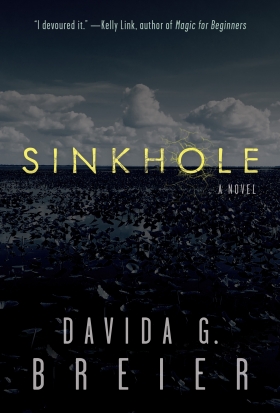 Lies from the past and a dangerous present collide when, after fifteen years in exile, Michelle Miller returns to her tiny hometown of Lorida, Florida. With her mother in the hospital, she's forced to reckon with the broken relationships she left behind: with her family, with friends, and with herself.

As a teenager, Michelle felt isolated and invisible until she met Sissy, a dynamic and wealthy classmate. Their sudden, intense friendship was all-consuming. Punk rocker Morrison later joins their clique, and they become an inseparable trio. They were the perfect high school friends, bound by dysfunction, bad TV, and boredom—until one of them ends up dead.

Forced to confront the life she turned her back on fifteen years ago, she begins questioning what was truth and what were lies. Now at a distance, Michelle begins to see how dangerous Sissy truly was.

"Breier serves up a sweet and sour and ultimately redemptive delight of a mystery, redolent of 80s Florida and adolescence in all its sinister glory. I devoured it." —Kelly Link, author of Magic for Beginners and Get in Trouble

"While there are clever twists to the book’s mystery, it’s centered more by its cast and its vibrant settings. Descriptive verve is applied to sweaty, run-down swamps and trailer parks, as well as to hidden places of beauty. The cast’s psychological shifts are handled in a deft manner, too: Michelle comes to reckon with her past jealousies and angst, even as she recalls high school days with nostalgia...More than just a murder mystery, Sinkhole is a bracing tale about redemption, coming to terms with the past, and finding the strength to move forward." —Foreword Reviews

"Sinkhole deserves to be on year-end best of lists across the board and this debut novel will amass Davida G. Breier a cult fan-following who will anxiously wait to see what she has to offer next."—Bolo Books

"The surprising ending—with some extraordinary revelations—is downright healing. And while there is criminal behavior, it's on the sidelines of the story, never at the center. A wonderful tale about the power of friendship to transcend evil that young adults should also appreciate." —Brian Kenney, First Clue

"...delivers an astounding addition to coming-of-age stories. This riveting homage to the 1980s features a love letter to Wild Florida, a part of the state very few tourists and residents experience. Told with the same passionate love of the land that captivates fans of James Lee Burke, Sinkhole transports readers to the noisy, humid, bug-ridden, and wondrously beautiful inland Florida." —Meredith Babb, former Director, University Press of Florida

"Sinkhole is fantastic and gives us a version of Florida that's as complicated and heartfelt as the book's characters: three best friends who try to survive a state full of 'strip malls glued together by car dealerships, gas stations, fast food, and other invasive species.' This beautifully rendered story asks us to consider how we are shaped by the lies other people tell about us and the ones we tell about ourselves. Davida Breier's writing is lightning in a bottle — it's sharp, focused, and pops on every page. Once you pick it up, you won't be able to put it down." —Tyler Gillespie, The Thing about Florida: Exploring a Misunderstood State

"Breier writes with fierce energy and a swampy verisimilitude in this twisty story of a woman unraveling a web of cruel lies. Surprising and affecting, it's a terrifically entertaining exploration of emotional abuse and the cost of leaving your problems behind." —Jeff Somers, author of The Electric Church

"Equal parts Freaks and Geeks, The Bad Seed and Welcome to the Dollhouse. I declined invitations to go out while I downed it in big gulps because I had to know what happened next." —Liz Mason, manager of Quimby's Bookstore (Chicago)

"Lies open up like sinkholes in Davida G. Breier's compelling and nostalgic debut. Little fibs widen into gapping manipulations that swallow entire lives and turn the pages. Filled with spot-on nods to '80s culture, which rekindle the teen angst in us all, the truth could be a lifeline if these characters are able to climb out of what they lost in their youth." —Gregg Wilhelm, Director, Mason Creative Writing, George Mason University

"Both haunting and haunted, Sinkhole exposes a universal truth that childhood is complicated and high school can be both formative and devastating. Those experiences have lasting, powerful, and profound ramifications. What Breier reveals so masterfully in her debut novel is a narrative filled with self-doubt, unseen possibilities, and the hope and freedom of recognizing, finally, the face looking back at you in the mirror." —Brad Bertelli, author of The Florida Keys Skunk Ape Files and A Local's Guide to Bloodline

"Sentence by sentence, the ground begins to give way in this marvelous tale." —Rafael Alvarez, author of the Orlo & Leini stories and The Wire: Truth Be Told, and screenwriter for HBO-TV's The Wire

"...the exemplar of a page-turner. Sinkhole sucked me in and swirled me through page after page of guilty pleasures and hard-won insights from intimately relatable characters. A mature first work - more, please!" —Susan Gore, PhD, Board President, LGBTQ Resource Center, Gulfport Public Library

"I was riveted by every page and the plot twists kept me guessing. The characters are authentic and the dialog real. A brilliant debut novel with a perfect alchemy of people, plot, and place." —Marianne Bohr, author of Gap Year Girl

"A mysterious death by the train tracks. Secrets and lies that tear families apart. The new best friend who becomes the ultimate frenemy. A seemingly supernatural phenomenon at the lake. All this and more come together in Sinkhole...the final chapters had me holding my breath. I could not put the book down until the very end. And what an ending it is!" ―Razorcake

"So many burdens are lifted as the truth becomes clear." — Carolyn Statler, The Shelbyville News

Davida G. Breier was born in Miami, FL. She sells books for a living. Davida lives in Maryland with her family, a pack of wee rescue dogs, a rescue tortoise, and two companion chickens. For more information, click davidabreier.com.

Animal Truth and Other Stories 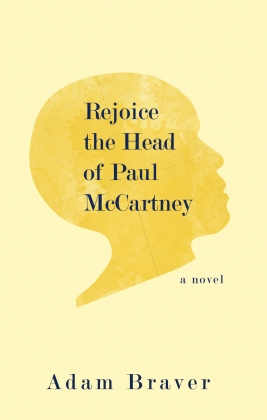 Rejoice the Head of Paul McCartney

In Everything I See Your Hand