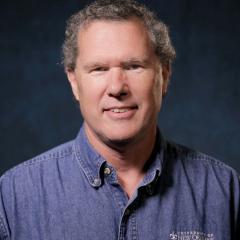 Gordon Payne is a Full-time Instructor in the Department of Management & Marketing at the University of New Orleans. He teaches Business Communication and Business Communication Oral classes. Gordon graduated with a Bachelor of Arts degree in Communications from Loyola University in New Orleans in 1980 and worked as a professional communicator throughout his career. He advanced from his early jobs as a film cameraman and editor, to video producer, to supervisor of his company’s Graphics department, and finally served as Corporate Communications Manager and Public Affairs Officer for the U.S. Department of Energy’s Strategic Petroleum Reserve project.

Gordon is also president of the Louisiana Quality Foundation (since 2013), the state level version of the national Malcolm Baldrige Program in the U. S. Department of Commerce. He has been a state-level certified examiner since 2003 and has been involved since then in related performance improvement programs, acting as a key member of the team that earned the 2005 Baldrige Award with DM Petroleum Operations Co.

Gordon started teaching at UNO in 2006, when classes resumed after Hurricane Katrina. He enjoyed it so much, he was honored to continue to teach one class a week until 2015, when he retired from the Strategic Petroleum Reserve to focus on his preferred profession as an adjunct professor. He was appointed as a Full-time Instructor in Fall 2019.