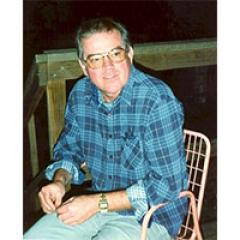 Donald Hanks was, from 2006 until his passing 1 March 2014, Professor Emeritus of Philosophy. He earned his Ph.D. from Tulane University.

His main areas of research were Philosophy of Religion, Philosophical Psychology, and Logic.

He joined the faculty at the University of New Orleans in 1967, a year before the Department of Philosophy was formed. Prior to his career at UNO he taught at the University of Denver, and later at Western Nevada College in Carson City. In 1981, Hanks was selected by the LSU System Distinguished Faculty Fellowship Committee to receive the Amoco Foundation Award as the outstanding undergraduate teacher in the LSU system. Though suspicious it might be a case of mistaken identity, he accepted the honor nonetheless. It was, after all, accompanied by a handsome cash reward. In 1991, he designed a model for combating violent crime. The model was adopted by the Jefferson Parish Sheriff's Office and given the name "Code Six." It became an effective tool for fighting serious crime in Jefferson Parish, as well as in other jurisdictions around the land.

In 1988, the late Carl E. Muckley, a distinguished alumnus and former student, established the Donald K. Hanks Endowed Scholarship Fund in Philosophy at UNO. This fund was subsequently bolstered by a bequest from the Muckley estate in the amount of $2.1 million dollars. He was delighted that interest on the fund that bears his name generates the money that makes all of the department's Scholarships & Awards possible, including the Donald. K. Hanks Scholarship.